What’s it like to run your own franchise business during a pandemic?

In August 2019 a new MagiKats Tuition Centre opened in Coventry, with Rachel Stamper at the helm. Bearing in mind the tumultuous events that have unfolded since, its interesting to catch up with Rachel and see how her first year as a franchise business owner and MagiKats Principal has been. 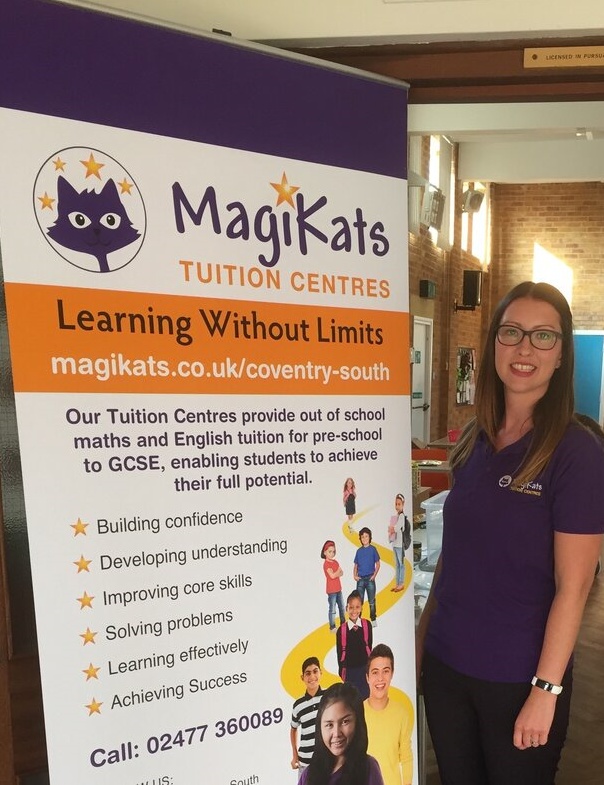 “Before I opened my centre, MagiKats HQ did a lot  of research on my behalf about my area and whether it was suitable for a MagiKats centre. For my part, I had never owned a business before, so I had to get my head around everything that was required, such as the accounts, interviewing, employing and paying staff, etc. These were all new skills for me and to be fair, I’m still learning. However, as a former teacher, the tuition side came much more naturally to me.”

“To start with, I focused my marketing efforts on posting flyers locally and I ran some paid Facebook ads. The ads resulted in some successful enquiries, but they tended to be generic enquiries about time and prices rather than specific interest.

More recently, I’ve been focusing on recommendations from parents, particularly during lockdown when there were a lot of children in need of some extra help. I know my current parents and students talked about us which resulted in a number of new enrolments. As a result, I haven’t had to do much marketing because it’s just growing organically – although I still keep going with Facebook ads to raise more general awareness in my area.”

“Before I launched MagiKats, I consciously made the choice between setting up on my own and buying a franchise business. I am so glad I decided on a MagiKats franchise. The whole team at MagiKats has been brilliant in their support of me. Sarah is always at the end of an email or phone and at the start I was contacting her a lot. She would always respond straight away.

“I’ve also had amazing support from the other MagiKats franchise owners. We have a Workplace network where you can ask any question and there is always someone there to answer. That has been invaluable over the last year. They’ve given me both support and the confidence that I’m doing things right.”

The first six months (up to lockdown)

“I absolutely loved the first six months. Of course, they were hard because it was new, and I was still working part time as a teacher. But it was so enjoyable. It was a steady start - I think that was because it was the lead up to Christmas, but it made it easy for me to manage and get my head around everything. It also meant that when my numbers increased, I felt ready and able to cope.

“Importantly, the kids loved coming and by January I had lots of new enquiries. By early March and before any hint of lockdown, I had built up my student numbers. I had amazing staff and it was going really well.”

The impact of lockdown

“In the week of the 23rd March, I had to inform all my parents that there would be no face to face workshops for the foreseeable future.

“However, at this stage, MagiKats HQ stepped in and were brilliant. Within two weeks they had developed an online programme, so in the end I was only closed for a short period over what would have been the Easter break. I used that time to learn about online delivery.

“This meant that from April to mid-September I was able to consistently deliver weekly maths and English tuition to my students. I made the decision early on not to try and enrol new students at this time but just to concentrate on delivering the best online tuition I could. I communicated regularly and clearly with parents.

“My student numbers did initially drop but that was for a number of reasons (for example not owning a PC). However, everyone who left at that stage has since re-enrolled. By the end of lockdown, my student numbers had increased by 50% which was mainly as a result of parent recommendations.

“I could not have developed the online content myself and MagiKats continued to work with me as we developed the programme over the summer. Of course, it’s not the same as face to face, but the children were definitely engaged. They seemed genuinely happy to be doing the work, not least I think because it gave the children time to speak to a teacher, something they were missing during lockdown.” 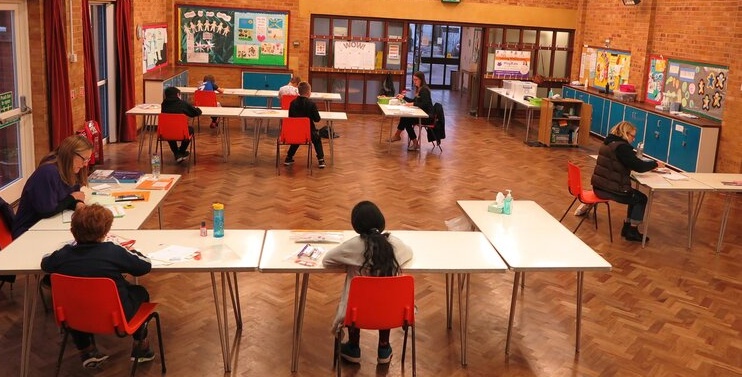 “I reopened my Tuition Centre in mid-September. I operate in a church building so I had to wait until they were ready to open but that actually gave me time to sort out all the necessary COVID-19 safety measures that were needed. Once again, MagiKats HQ were brilliant, providing me an example risk assessment, checklists and other essential documents. And once again, Sarah was there whenever I needed her. Re-opening was exciting and daunting but the other franchise owners were also a fantastic source of support.

“Since then, I’ve had more enquiries – my numbers have doubled during lockdown. Last September I had set myself a target of having enough students enrolled by September 2020 so that I could solely focus on MagiKats. When the pandemic hit, I really thought I would have to abandon that target but as it turns out, and despite the incredibly challenging events of this year, I’m bang on track and was so busy at the start of term that I did not have time to look for any supply jobs!”

“In the last year, I have worked harder than ever before but it wouldn’t have been so hard had it not been for the pandemic. That said, I still love running my Tuition Centre despite everything that has happened. I still believe I have made the right decision in leaving teaching and opening the business.

Rarely a day has gone by in the last year when I haven’t been grateful that I chose MagiKats. In the last year my business has both survived and grown and I don’t think I could have achieved that without the support from MagiKats HQ and the other franchise owners.”

If you’d like to know more about a MagiKats franchise, please get in touch.

Editor’s Note: This interview was conducted before the latest lockdown (Nov 2020) was announced - MagiKats are continuing to work with Rachel and all the other Principals to find ways to work through the next few weeks!

Find out more about the MagiKats Franchise and running your own successful Maths and English Tuition Business. Click below now!

A First Year of Franchising Success!

Debra Thomas recently celebrated the first anniversary of her MagiKats franchise in Hereford.

From Mentor to Franchise Owner of MagiKats East Grinstead

Getting Back to The Heart of Education at MagiKats Gainsborough

Jon Curry is the new owner of MagiKats Gainsborough.

A New Focus For An Experienced Teacher Brings MagiKats Tutoring To Ryhope!

Kathryn Mellett chose Magikats to make sure students had every opportunity to realise their full potential as they worked to gain life skills and good qualifications.

Quick Expansion at MagiKats in Fleet for Lindsey Falconer

Lindsey Falconer opened her MagiKats Centre in Fleet in October 2015.

Jane Williams looks for a new challenge and finds MagiKats, was it worth it after one year?

When Jane Williams wanted a new challenge, she opened the first MagiKats Tuition Centre in Wales. So, one year on, how is it going?

A Scottish pioneer is rushed off his feet!

Enthusiasm and a passion for education are the key qualities that sisters Sarah, 26, and Holly Bell, 28, bring to their enormously successful MagiKats Workshops in Hove.

Being a MagiKats franchisee has completely changed my life - for the better! I now have plenty of time for my family and friends, whereas before I used to be rushing from home to work. Life is 100% more enjoyable nowadays!Stefanie Kosky, MagiKats Franchisee

I love MagiKats as it gives me lot of flexibility to design specific programmes for varying types of students, their capabilities and requirements.Shruti Pednekar, MagiKats Franchisee

As an ex-teacher, I find the MagiKats work comprehensive, written to a good standard and accessible to the students.Julie Sleightholme, MagiKats Franchisee

Enjoy the fun and challenge of running your own profitable business with all the hard work involved in setting it up done for you.

Gain great satisfaction from making a visible difference to the children in your community, by helping them achieve their potential and grow in confidence.